Chlorine Dioxide Generator produces chlorine dioxide (ClO2), which is a neutral compound of chlorine in the +IV oxidation state.  It disinfects by oxidation; however, it does not chlorinate.  It is a relatively small, volatile, and highly energetic molecule, and a free radical even while in dilute aqueous solutions. It is stable in dilute solution in a closed container in the absence of light.  Chlorine dioxide functions as a highly selective oxidant due to its unique, one-electron transfer mechanism where it is reduced to chlorite (ClO2-).

It is approximately 10 times more soluble than chlorine (above 11°C), while it is extremely volatile and can be easily removed from dilute aqueous solutions with minimal aeration or recarbonation with carbon dioxide 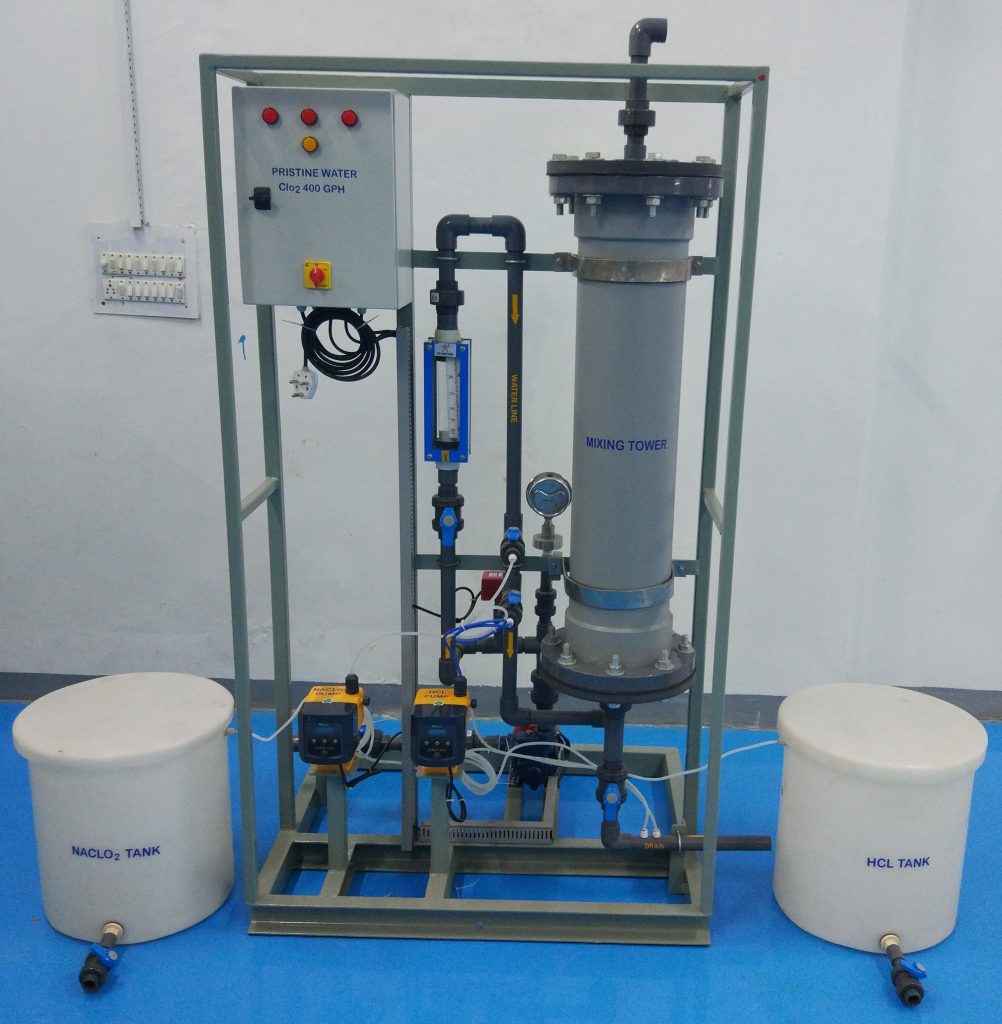 Description of the Generator:

Dosing Pump: A precise dosing pump with an adjustment knob is provided for each chemical. The tubing and pipe for individual chemicals are color-coded to prevent chemicals from getting into contact with each other before the Reaction Column.

Flowmeters: A Rotamer calibrated for each chemical is provided for accurate adjustment of the chemicals.

Underwater Injector: In Underwater production models a mixing Injectors is provided. Water passing through the injector generates the vacuum required to pull both the precursor chemicals. The mixing takes place underwater, eliminating the need for a Reaction Column.

Tell us about your requirements and our design team will be delighted to create a customized solution for you. Click here.
Menu
Translate »